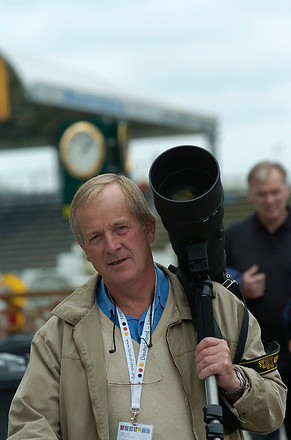 Kit Houghton has been photographing horses for some 30 years following a career in photo-journalism which included covering the troubles in Northern Ireland, one of his first commissions after leaving Salisbury College of Art where he studied photography.
Having been brought up in the countryside it was a natural progression to cover equestrianism helped by his wife Kate's enthusiasm for point-to-pointing which she competed in for several seasons.
In the intervening years Kit has built up one of the world's largest equestrian picture libraries, with Kate's help, covering all aspects of the horse world, which includes over 120 different horse breeds, picture stories on many different equestrian activities and coverage of all Olympic Games from 1984.